When it comes to my kids, I'm a pretty sentimental person. I take way more photos than I should, I keep a journal of all the funny little things they do that make me laugh - and sometimes I keep bits and pieces of their history that make absolutely no sense.

I know lots of people who have kept their babies' first shoes as a keepsake. My daughter had a pair of those gorgeous snowy white shoes as a baby, but I didn't have any real connection to them so I gave them away.

The shoes I have a real connection to, the ones I couldn't bear to give/throw away, are the ones they wore aged one - the shoes they learned to walk in.

Everytime I look at those scuffed little remnants of their babyhood, I see first steps followed by smiles, congratulations and clapping. I remember all the trips and falls followed by snuggles in my arms as I kissed their tears away. I see those funny little baby dances they used to do - stamping their little feet proudly in time to the music or just at random, sometimes with frustration but mostly with happiness. I remember them running toward me (or away from me) filled with smiles and giggles. Those shoes are sometimes 'just' clutter in my wardrobe, but usually among my most favourite artefacts of motherhood. I knew I could never let them go. 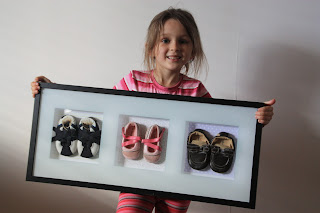 Note: She dressed herself today - she was so proud to have found clothes that apparently match!
I framed all those precious memories, encase forever in tired, worn, scuffed shoes. 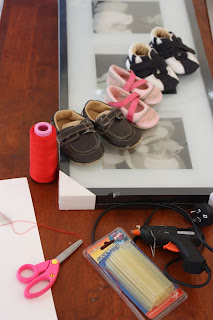 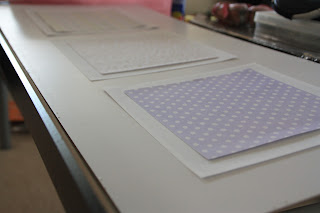 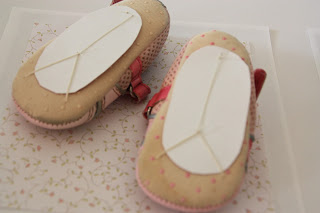 I sewed cardboard to their soles so I wouldn't have to hot glue the shoes directly to the frame.
I know it's unlikely I'll need to, but I wanted to make sure I could rescue those little shoes
intact, if the need arises. 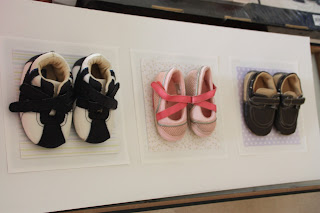 When I started the project, I realised that I'd bought a framed print rather than an empty frame, so it was lucky I'm handy - I took that frame apart with a screwdriver and then put it back together with hammer and nails. My oldest son was amazed at how quick I am with a hammer - something I learned from growing up with a carpenter for a father! 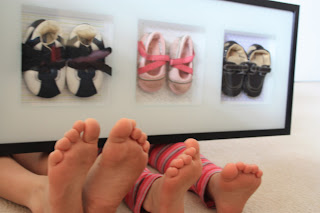 Look at how much those little feet have grown in only a few years. The third pair of little feet were busy running out of the frame! They say your kids grow up in the blink of an eye, and they're not wrong, I can't believe seven years have passed since I set up that little cot in the spare room.

3M to the rescue, I didn't even have to annoy my husband with asking for a nail in the wall - a complete DIY project that I'm glad to be finished.

Now I have a little keepsake on my wall, to look at every time I put on my shoes at my back door. And I don't have to feel guilty for hoarding such silly things as dirty old shoes ;)

Soooo excited - am currently on my way to a concert with my hubby. The backseat seems a bit too quiet without the kids but we're looking forward to some grown up time... This seems a bit of a silly thing to say when we've been talking about our teen years in between singing loudly to hits like "Tonight" and "Cover Girl".

My friends tease me about my need to make my own merchandising before a concert, but here is my effort for this concert:


Looking forward to buying a t-shirt :) 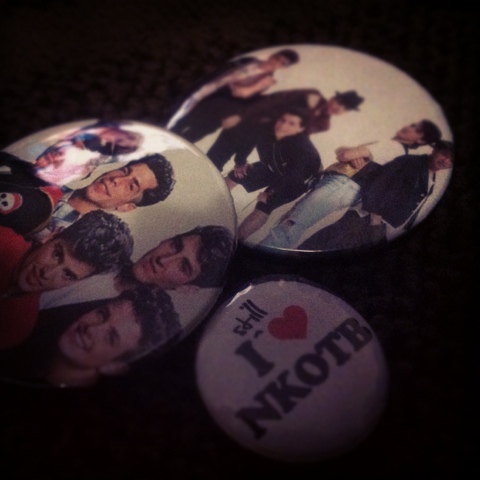 1. Friday! Lots of after work meetings have me feeling a bit disconnected from my little family. So happy to have two whole days to spend with them. 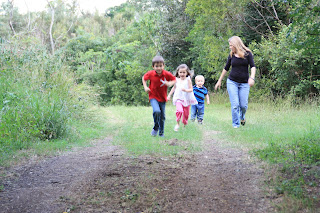 3. Children who share my interests. How lovely to watch my daughter paint on the balcony :)

4. A warm bed and cool nights. We get such infrequent 'snuggle' weather here, I'm loving my doona and ugg boots this week :)
Posted by Sam at 10:18 PM 4 comments:

This chocolate is seriously addictive! A little bit more expensive but oh, so worth every cent!!!

The "Cadbury Marvellous Creations" wrapper reminded me of the Wonka packaging and despite my aversion to lumpy bits, I decided to give it a go. My favourite so far is the "Jelly Popping Candy Beanies" (as evidenced by the empty package).

Not good for the diet! 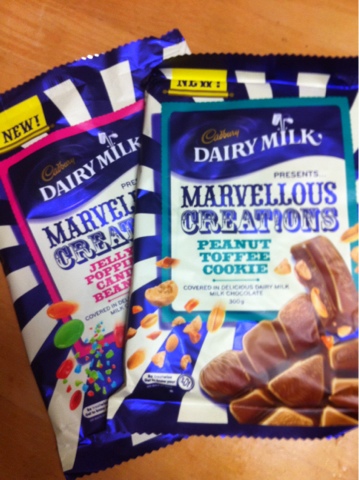 We went on an adventure tonight - we went chasing the moon in our car, looking for a great spot to watch it rise. 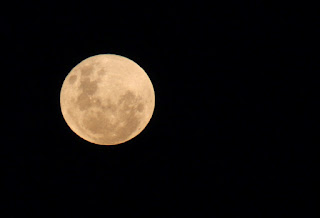 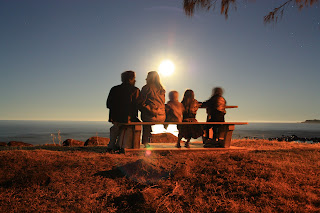 Jase and I spent some of our first dates here at this bench, eating chips.
Who'd have thought, nearly fifteen years later, we'd be here with our three kids?!﻿

I looked at my precious babies and the thought they would be grown adults next time this happens almost took my breath away. Sometimes I wish time would stand still for a bit. I need to live in the now a bit more often, soak in every moment - really live each day. 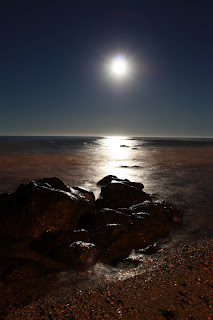 It was a beautiful sight! I'm glad we made the effort to go somewhere special.
Posted by Sam at 8:36 PM No comments: